I have worked on a number of prototypes and early concepts for smart-glasses at North. Due to confidentiality, some of the work cannot be published. Below are some examples of my work at North that are now available in the final product.

This feature allows users to share what they see on Focals with their contacts or on their social media networks. Users can add a personal touch and snap a photo with their smartphone camera as a screenshot background. 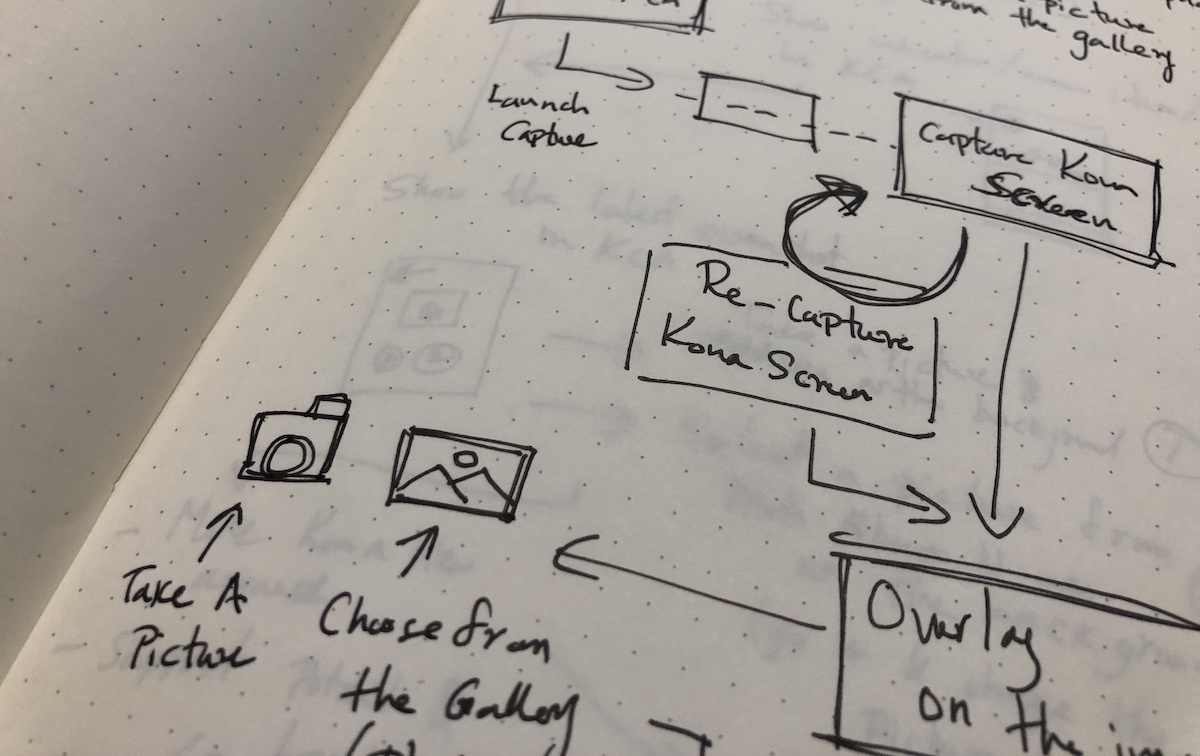 We conduced multiple demos for selected groups of internal users and gathered their feedback on the first iteration (a low-fidelity prototype) of the feature.

All participants preferred the ability to share what they see on Focals as a screenshot. Users mentioned that they would use screenshots to share the moments they experience on Focals. As a result of our findings this feature was graduated from a prototype to a feature in the final product. 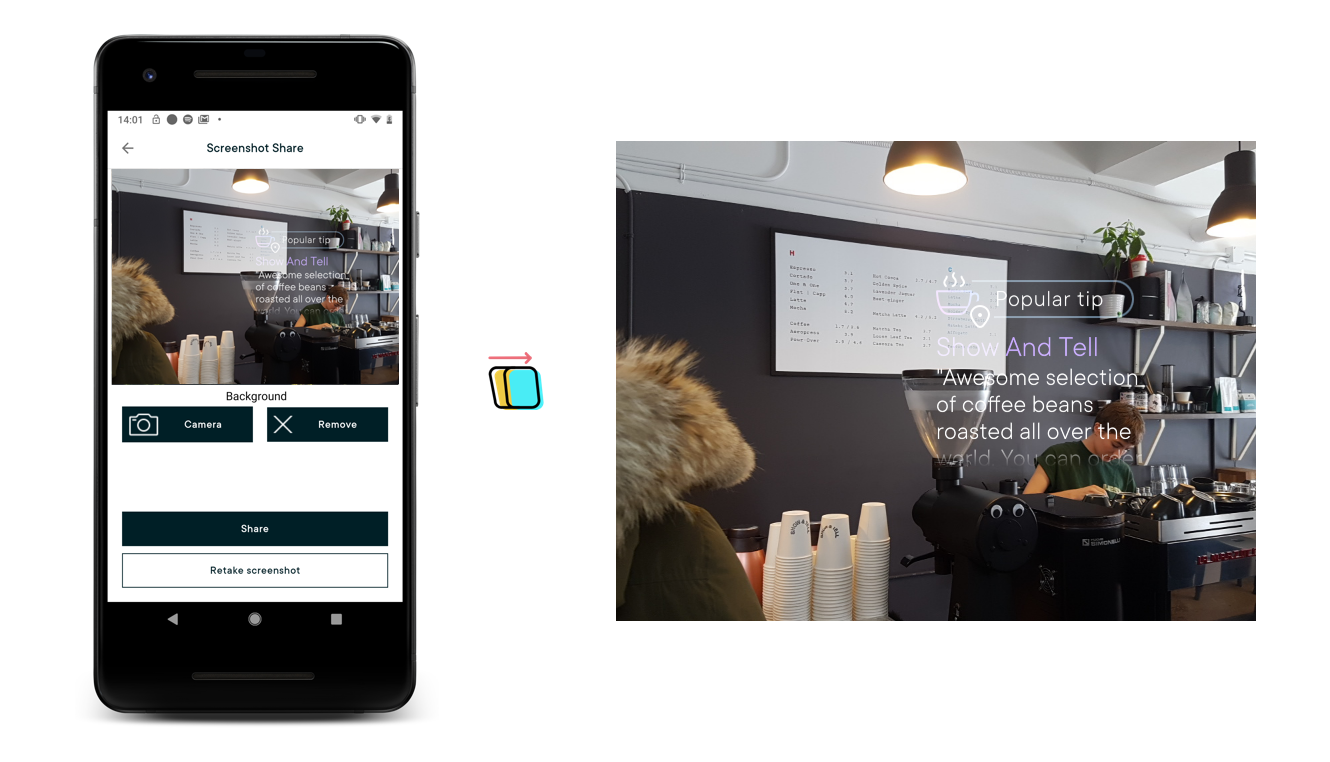 I was part of the design and implementation team of the very first integration of Alexa on Focals smart-glasses. My role was to develop the initial interaction and software to connect Focals with Amazon Alexa services. 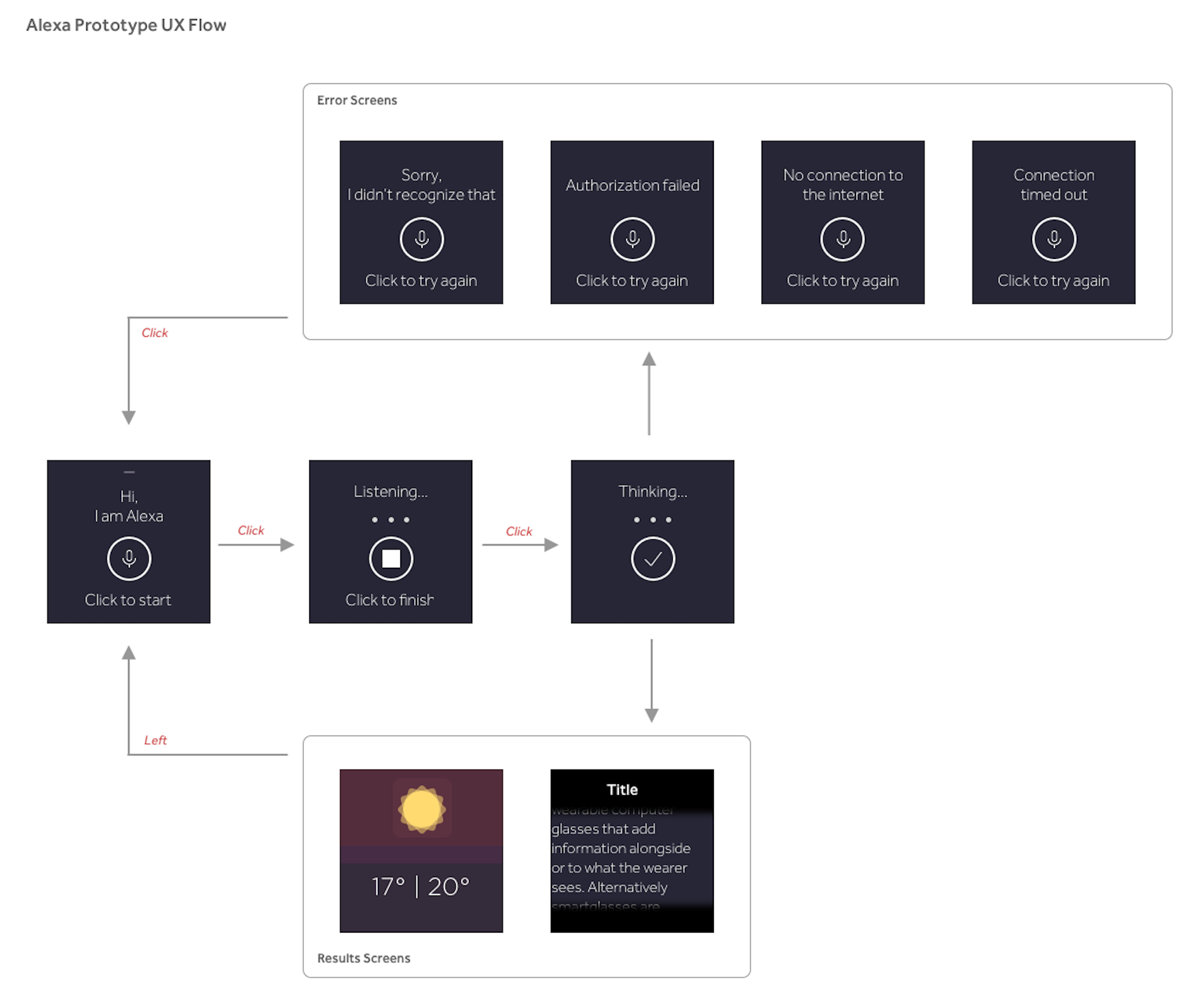 User flow and screens of the initial integration of Amazon Alexa on Focals.

Now, Focals come with Alexa built-in. Users can ask Alexa to play music, hear the news, see the weather, and control their smart home and more.

Speech to Text is used as a method of input on Focals when composing a message.